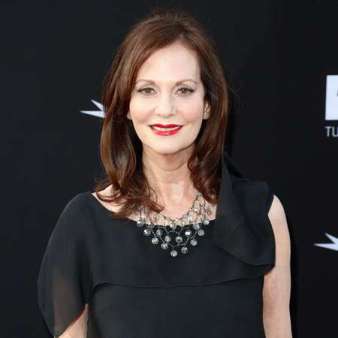 Nominated for an Academy Award, and a 5 time Golden Globe nominee and also nominated for an Emmy, Lesley Ann Warren has had a long and successful career in Hollywood. She was kind enough to chat via telephone regarding Marc Breaux and Dee Dee Wood and their lasting impression on her as young performing artist. Even over the phone I was quickly struck by her vibrant personality, intelligence, and kind, generous nature.

STEVE TAFT:  When you hear the name Marc Breaux, what particular thoughts, words, or phrases come to mind?

LESLEY ANN WARREN:  For me, personally, I immediately have memories of The Happiest Millionaire.  They (Marc and Dee Dee) come flashing into my brain . . . the sort of spiritedness and sense of play in their choreography and ambiance in rehearsal . . . his imagination and his excitement about dance.

ST:  Marc seems to have enjoyed involving props in his choreography.  Did you find that to be the case in The Happiest Millionaire?

LAW:  Oh yes.   There was a number called “Bye-Yum Pum Pum” with another young girl (Joyce Bulifant) and me.  We were in a dormitory at a school for girls.   We used the bed and the posts of the bed and the window sill and the floor and the pillow . . . all choreographed around the set in a marvelous, darling way.  He uses a lot of humor in his choreography.

ST:  In that particular number Marc provided the opportunity to showcase your dance training.

LAW:  He sure did.  It’s actually one my favorite numbers from my musical movies that I’ve done.  It did give me a tremendous opportunity to not only show the dance training that I worked on for so many years, but also comedy.  It was just a wonderful all around number.

ST:  College students are sometimes surprised to discover the training that many actors and actresses have. Can you elaborate on your specific dance training.

LAW:  I started ballet when I was six and I studied ballet intensely until I was about fourteen.  I continued with ballet but I also added jazz.  I studied in New York and got into a jazz company in New York and also got into Balanchine’s school, The American Ballet when I was fourteen and continued studying there.  I then auditioned for my first Broadway show when I was sixteen and got it!  That was One Hundred and Ten in the Shade.  I graduated high school when I was sixteen-and-a-half and went into that show.  I had the ingenue lead and was doing many numbers in that show.  One was a show-stopping number each night called, “Little Red Hat.”

ST:  One of my favorite numbers in The Happiest Millionaire  is “Are We Dancing.”  Can you describe that number?

LAW:  It was the quintessential young romantic song.  The wonderful thing about Marc and Dee Dee is they have the ability to inhabit many different styles and moods.  They aren’t particularly known for just one thing.  In The Happiest Millionaire there is a great range of musical type numbers and different kinds of choreography and they successfully accomplish all of it.  In “Are We Dancing” its the beautiful, romantic, young love coming to fruition and I think they accomplished that beautifully.  They were an amazing collaborative team.  In my memory they just jumped in and became and brought to life whatever had to be accomplished in that scene and in that moment.  They really worked well together, tremendously well with each other, and each had different strengths that they brought to the actor/dancers and performers.

ST:  What were their specific strengths?

LAW:  Dee Dee is more meticulous and she has a great sense of humor, but she was more serious about learning the steps and running them and running them and getting everything into a linear form and really being exacting in what was needed.  Marc brought a tremendous sense of humor, a great imagination, a great sense of whimsy and as a combination it was just fantastic because you got everything you needed.

ST:  There appears to have been a camaraderie amongst many of the people Marc and Dee Dee worked with not only on The Happiest Millionaire, but on Mary Poppins, Chitty Chitty Bang Bang, The Sound of Music  and other projects.  In addition, everyone I have talked with has been so open and supportive.  Is this indicative of Hollywood or is it something that is unique to these projects or the family atmosphere that Walt Disney created and the people that he employed?

LAW:  I think it’s a different time now and I really, really miss that time.  I long for it.  It was the very tail end of the studio system and as a result you were very protected by the studio and you were really a family.  Sometimes you went from project to project together or certainly running into the same people over and over again.  It was great because you made serious professional relationships and you got to know each other as people.  There was a trust and a creative collaboration that came out of that trust.

ST:  Did you find that such an environment nurtured the different artists and allowed them to develop?

LAW:  Definitely.  I think working with each other day in and day out they learn strengths and weakness and where people really shine and how they like their particular talents.  We had tremendous rehearsal periods.  I mean, there’s no rehearsal anymore.  You get on the set and you’re lucky if you get to run the lines once if you’re an actor.  It’s a really different time.  It’s a different time economically.  There are no movie musicals to speak of and that is what I absolutely fell in love with when I was a little girl.  I loved rehearsal . . . the six weeks of rehearsal and then coming to the sound stages . . . all of it,  I miss so much.  I think there was such a tremendous emblem of that time.

ST:  Are you aware that The Happiest Millionaire has recently enjoyed a re-release and specific marketing from various video catalogs?

ST:  It’s interesting that my young children thoroughly enjoyed watching the film recently and one of my university students stated it was his favorite film.  It appears to have a timeless appeal.

LAW:  I know.  It’s amazing. It’s a definite suspension of reality in the most entertaining, fun, pure kind of way.  I know when I’ve shown the film to nieces and nephews they are completely enthralled.

ST:  Any final comments regarding Marc and Dee Dee?

LAW:  I was at the American Choreography Awards last year when they won the [1998] Life Achievement Award and I was crying.  I kept looking for them afterwards and I couldn’t get to them.  They were swept up with other people and they disappeared from view.  I personally want to thank them for the unbelievable richness and opportunity they gave me as a young girl and how they are forever in my heart.  I am eternally grateful.