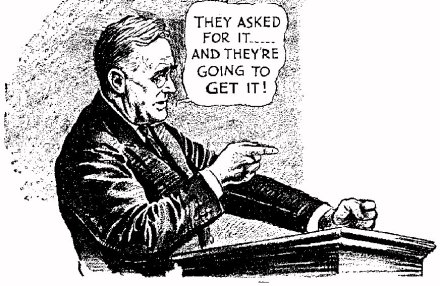 My first major dramaturgical and playwriting experience was in the creation of FDR Speaks, a play highlighting FDR's more famous speeches and/or acts of legislation. The play has been a creative process involving several steps and a variety of rewrites.  From a forty-five minute staged reading, to a one-act play, to the final two-act version. I had the pleasure to portray President Franklin Roosevelt teaming with my wife, Cindy Taft (who holds a B. A. and M.A. in Theatre) and premiere the final version of the play in Fletcher Theatre on the University of Louisiana - Lafayette campus.

The initial inspiration for the play came from material suggested by Dr. Sue Forrest of LSU-Eunice.  She called me with a request to present selected FDR speeches and letters for a Chautauqua celebration at the college.  I literally had ten days to select and prepare the material. Complicating matters was

having an unscheduled surgery a few days before the performance. Thankfully, this first presentation was a reading and the character of FDR is obviously limited regarding movement options.

This first presentation allowed me to see the potential of further research and the development of the work.  While most of the speeches and letters are edited, Franklin Roosevelt's personal letters in particular provide insight into the thoughts of the man, his sense of ideals, and his larger than life gallery of friends. To create a dramatic work, rather than simply reading letters and speeches, my research led me to include various events in FDR's life focusing on the more humorous, dramatic or sensitive aspects in order to present a thought-provoking, yet engaging look at history and the fascinating life of Franklin Delano Roosevelt, the 32nd President of the United States.

I am most proud of the play being presented as a reading (starring Marc Breaux as FDR) on several occasions at the Palm Springs Stroke Activity Center. A primary activity at the center has been to use theatre (most often radio plays) as a creative and rehabilitation activity for its clients. At one particular in-person presentation for the Center's clients, relatives and friends, it was particularly humbling to view the emotional investment of the actors and the reaction of their audience as they vividly remembered dramatic historical events personal to them and their audience.

While at UL-Lafayette, Cindy, Bethany Cooper (our stage manager) and I went on tour throughout Acadiana presenting FDR Speaks for approximately 1000 students. FDR Speaks eventually returned to LSU-Eunice in its final form as part of the LSU-Eunice Guest Artist Series.

At the University of Northern Iowa, excerpts of FDR Speaks have been presented for the UNI Foundation, at the Gallagher-Bluedorn Performing Arts Center as part of a 9-11 Remembrance Concert and for the UNI Department of History Guest Speaker Series.