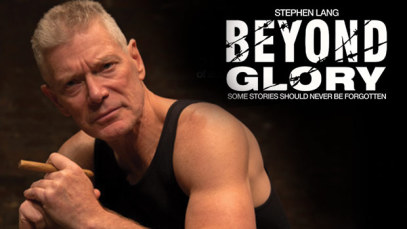 A veteran of theatre, television and film, Stephen Lang has had an impressive three-decade career. With over one-hundred film and television credits and an impressive list of theatrical films including Avatar, Tombstone, Gods and Generals, and Death of a Salesman. His list of television credits include: The Good Fight, Rogue Warfare, Into the Badlands, Shades of Blue, Salem and many others. Stephen Lang has also graced the Broadway stage in A Few Good Men, Hamlet, The Speed of Darkness, Wait Until Dark and more.

He is one of America’s more formidable actors on stage or the silver screen. He received Drama Desk, Outer Critics Circle and Lucille Lortel Award nominations for his Outstanding Solo Performance of Beyond Glory and a Tony nomination for his role of Lou in The Speed of Darkness. For a full list of his impressive credits go to: http://www.imdb.com/name/nm0002332/

Stephen Lang interview audio excerpt - The Relationship of the Military and the Theater.

Interview with Stephen Lang - November 13, 2014
Although this interview is not part of my research project in the spring of 2017, I thought I'd include it here as Stephen Lang describes in detail his journey with his one-man show Beyond Glory. Why should students read this interview? Because of the following and more. "And it was really out of my despair that I wrote Beyond Glory. I thought maybe I've got to take things into my own hands and build something for myself . . . not wait for the phone to ring."
INTERVIEW WITH STEPHEN LANG.pdf
Adobe Acrobat document [392.1 KB]