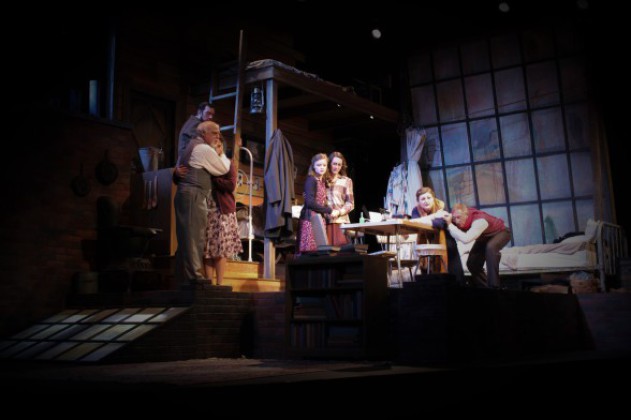 Jim Epstein as Mr. Dussell (SR) in the Okoboji Summer Theatre production of The Diary of Anne Frank.

Jim Epstein is the Founder/Convener of EMPATHeatre, a non-partisan platform employing the arts as a catalyst for conversation and change. He has been involved in the D.C. theatre community since the '80's as an actor and producer and has been seen in productions with Arena Stage, Folger Theatre, Shakespeare Theatre, Studio Theatre, WSC/Avant Bard, Keegan Theater, Metro Stage among others. TV and commerical credits include HBO's Game Change, VEEP, America's Most Wanted, Netflix's House of Cards and national commericals for GEICO and Consumer Cellular.

To learn more about EMPATHeatre go to:

To listen to a brief excerpt from the full interview with Jim Epstein regarding the topic of auditioning click HERE!

Jim Epstein shares his journey on a beautiful summer day as we relaxed in his cabin on the grounds of the Okoboji Summer Theatre in Okoboji, Iowa. We touched on several topics that may be of interest to those in college regarding the real world, working in Washington D.C. and striving to make a living in the theatre. To view the full video interview CLICK HERE.