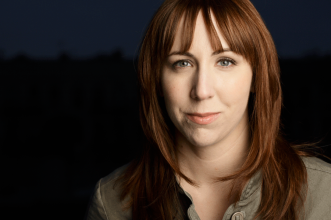 Her directing credits include stage and film, from an innovative multi-media production of Pasek & Paul's Dogfight, to multiple documentary shorts about the Crime Victims Treatment Center, as well as You Tube videos with Kirstin Maldonado, Tituss Burgess, Kerrigan & Lowdermilk, Jeremy Jordan, Collabro and more.

Jessica is also the CEO of Broadway Unlocked (BU), a company that connects live theatre communities in the digital space. By bringing together theatre influencers, creators, fans and technology-based partners like Google Fiber, BU solves problems of scale for the arts and mobilizes communities around the world. For Broadway Unlocked, 'Tech Theatre' has a new meaning.

She is a member of the Summit community, content collaborator for the Manifesto Agency, and author of Death for Dummies on Medium. Also, be sure to check out the website: The Get Together and the podcast Take Me To Coffee (with co-host Andrew Call of Hamilton).

To learn more about Jessica go to: https://thegettogether.fireside.fm/hosts