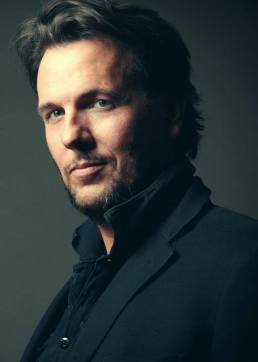 With over 80 credits to his resume, Jay Huguley is best known for his role as David on AMC's The Walking Dead and Jimmy Ledoux on HBO's True Detective. Other television credits include NCIS New Orleans, Halt and Catch Fire, The Real O'Neals, Rosewood, Treme, Nashville, CSI: Cyber, Alias, Ravenswood, Brothers and Sisters, and The Young and the Restless to name a few.

Film roles include The Eyes of Tammy Faye (Jimmy Swaggart), The Glorias, Heart Baby, 12 Years a Slave, When the Game Stands Tall, Hijacked, Abattoir, Lizzie, Sunny in the Dark (for which he was awarded "Best Actor" at the Northeast Film Festival) and more.

He studied acting at The Lee Strasberg Institute in New York, under the aegis of Anna Strasberg, and at the Beverly Hills Playhouse in Los Angeles, under the world-renowned teacher Milton Katselas. His diverse interests are evident having majored in Political Science and Communications at the American University in Washington D.C.

Jay starred in David Lindsay-Abaire's Tony Award-winning play Rabbit Hole at the Skylight Theatre in L.A. and also played the lead role in Tom Stoppard's The Real Thing. He also worked as a fashion model for brands like Armani, Valentino, Zegna, and Romeo Gigli, in London, Milan and Paris.

Gracious with his time, I chatted with Jay Huguley the morning after a performance of Boeing, Boeing at the Okoboji Summer Theatre in NW Iowa where he was a guest actor working alongside rising BFA Seniors of Stephens College. The Okoboji Summer Theatre employs professional actors, directors and designers each summer producing 9 mainstage shows in 10 weeks and 4 children's shows each summer (and celebrating their 60th year in 2017). We chatted iin his cabin briefly discussing his journey, acting, directors and advice for aspiring performers.