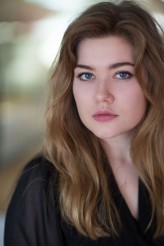 Erika Kuhn is a Twin Cities based actor from Waterloo, Iowa. She has most recently collaborated with New Arab American Theatre Works, Sheep Theatre, Full Circle Theatre Productions, Zephyr Theatre, Umbrella Collective, See-Saw Theatre Lab, and St. Croix Festival Theatre. When not working in the cities, Erika tours the one-woman show Map of My Kingdom with Swander Woman Productions in association with AgArts across the US. She can be seen next in Open Window Theatre's production of The World Over and Collective Unconscious's production of Maiden Voyage. Erika holds a BA in Theatre Performance from the University of Northern Iowa.