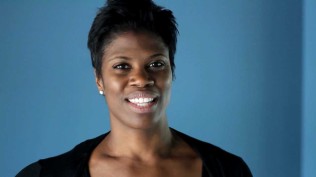 Deidre Goodwin has appeared in various Broadway productions including Chicago, the revival of A Chorus Line, Nine (with Antonio Bandaras), The Boys from Syracuse, Jesus Christ Superstar, The Rocky Horror Show, Chita Rivera: A Dancer’s Life and Never Gonna Dance. Her television credits include Awkwafina Is Nora from Queens, The Good Fight, Pose, Madam Secretary, Chicago Med, 30 Rock, Law & Order: SVU, Rescue Me, Life on Mars, Dancing with the Stars, three Tony Award appearances and others. On the silver screen she has appeared in the Oscar-winning film, Chicago as “Murderess June”, Every Little Step (a documentary regarding the history of A Chorus Line and the casting of the revival) as well as Half Nelson, Across the Universe, It’s Complicated, Fair Game, Rabbit Hole and The Bourne Legacy. Deidre is also a faculty member at the New York Film Academy.

Complete text of my conversation with actress, Deidre Goodwin.
Actress, Deidre Goodwin shares insights regarding her theatrical journey from her college days at Missouri State University to NYC and ultimately the Broadway stage and beyond.
CHATS CONVERSATIONS - DEIDRE GOODWIN.pd[...]
Adobe Acrobat document [438.4 KB]

Deidre Goodwin Acting Reel
Many college students are curious as to what an acting reel should entail. This is an excellent example.
Deidre Goodwin- Acting Reel.mp4
MP4 video/audio file [13.7 MB]