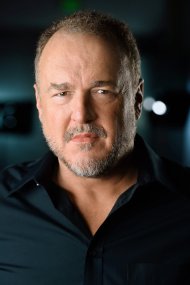 Brent Sexton is an L.A. based actor with 90 television and films credits. He has been a series regular on such shows as God Friended Me, Unsolved, The Killing, Ironside, Life, Bosch, Complications, Deadwood and a guest star on many well-known shows including: American Crime Story, The Expanse, Justified, CSI Cyber, Designated Survivor, Grey’s Anatomy, The Mentalist, Lie to Me, Becker and many others. Films include The Belko Experiment, Radio, A.I. Artificial Intelligence and Flight Plan and more.

The CEO of YOU
This is a brief excerpt from a 2012 interview with Scott Feinberg in which Brent describes some sage advice given to him years ago.

To view a video of the full interview in which Brent describes his journey from his mid-west roots to college, a long tour of West Side Story in Europe up through the series, The Killing go to: https://www.youtube.com/watch?v=Wuz9HX7bmK8
The CEO of YOU.mp3
MP3 audio file [3.3 MB]